LG Electronics had a pretty poor second quarter, because of the poor performing TV and phone divisions. Handsets like the LG Ally just don’t have what it takes to compete with the likes of Samsung Galaxy S, Moto Droid X or HTC EVO 4G. The company reported a net profit of around $106.6 million, still a decent one, but a 33% drop from the same quarter in 2009. 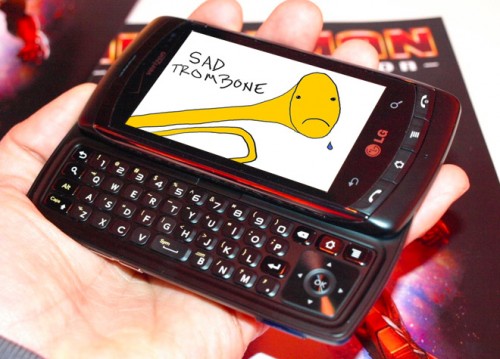 LG remains the third largest phone maker globally, following Nokia and Samsung and shipping 30.6 million handsets in Q2. The high end category, however, seems to have forgotten about this brand, as it’s now dominated by Apple, HTC and Samsung. LG wants to go big with Android, announcing that it’ll make at least 20 phones based on this OS by the end of the year.

One of the most wanted models is LG Optimus, a smartphone that should run Android 2.2 from the start. LG is also a confirmed hardware partner for Microsoft, having at least one or two Windows Phone 7 handsets ready for launch. Let’s see if they can get something out of that partnership…