This is not your average extensive review, but rather a mini-article written by smartphonenation and accompanied by tons of pics, portraying the new and hot LG Xenon handset. The device packs a resistive touchscreen, a sliding QWERTY keyboard and a 2 megapixel camera with a dedicated photo button. 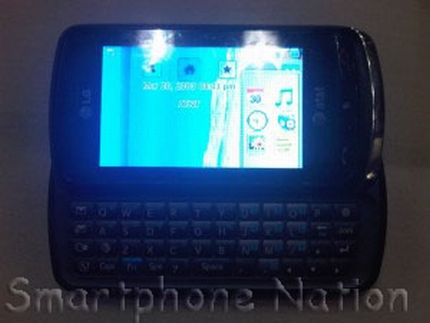 The software on Xenon may remind some people of Samsung’s TouchWiz and you should know that it uses a widget box, that allows the user to drag and drop items on the handset’s desktop. Too bad that the widgets are too large for the small desktop, but this issue might be solved in the phone’s final version.

Smartphonenation claims that the handset’s QWERTY keyboard is great and it has a feeling similar to the one of Sidekick 2 (rubbery). Camera quality is decent, the speaker is loud and clear and Xenon has a very good build quality.

It’s a light device, with upgraded software (compared to LG Vu), that will probably hit AT&T pretty soon for about $100, after a $50 mail in rebate.