Home Microsoft Microsoft Lumia 650 Gets Press Shot Leak; Evleaks Claims It May Be... 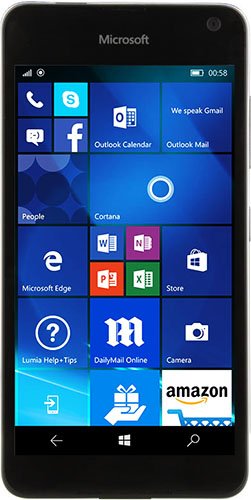 The tale of Windows Phone’s dusk continues and today we’ve got the leaked render of the Lumia 650 to accompany it. Coming from leakster @evleaks, the render is accompanied by the mention that this is supposed to be the last Lumia.

What about the Lumia 850? And the Surface Phone? Whatever will come of those projects? Lumia 650 has been leaking for the past months and was even considered cancelled at some point. It should have come last fall, with the Lumia 950 and Lumia 950 XL, but somehow it didn’t. The render shown here fits what we already knew about the device, with its usual rectangular format, virtual buttons and black case.

The fact that the head of Windows, Joe Belfiore is on a sabbatical for one year is certainly no good for Windows Phone/Windows Mobile, although he remains rather active on social media. Mark my words: if Microsoft doesn’t launch anything at MWC, they’re doomed in the mobile field.