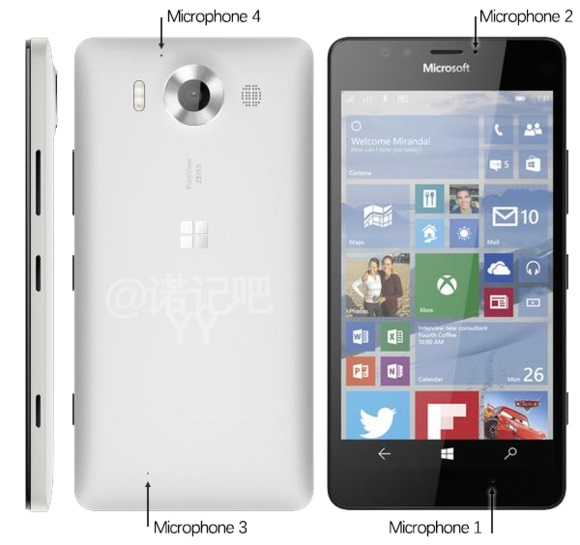 Here’s yet another leak of the Microsoft Talkman, aka the Microsoft Lumia 940, that this time pops up with quite a few microphones on board, in a pretty clear render. The device is the smaller of the two upcoming Lumia flagships and it’s pictured below. We’ve also seen these devices here this week.

The source reveals that this handset will have 4 microphones on board, used for Rich Recording (HAAC). The same leakster estimated the sizes of the two devices, so it appears that the Lumia 940 will measure 9 mm in thickness and be 145.6 mm long, while the Lumia 940 XL will measures 8.6 mm in thickness and be 153 mm long. These are all estimations, so don’t take them for granted.

We’ve seen the Lumia 940 XL aka the Cityman leaked before, in China, with a beautiful blue shell and powerful Pureview camera, with triple LED flash. Both models will have wireless charging via Qi tech and 20 megapixel Pureview shooters. Quad HD resolutions and Windows 10 Mobile are also a given. Their release has been rumored multiple times for October 19th, it seems.