It looks like the Motorola Droid series is about to get more members, as a fresh model has leaked online. We’re talking about a Droid portrait slider, pictured below and proven to be part of said series, because of the Droid eye booting animation. 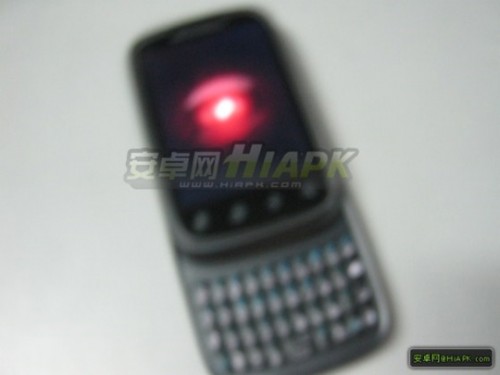 The keyboard on this new device reminds us of the one on Motorola Charm and speculations claim that this could be a mid end model, since its design doesn’t point towards high end specs.

However, the same design was used by Palm Pre and its specs were pretty high end, so there’s still a chance that this is a hot smartphone.