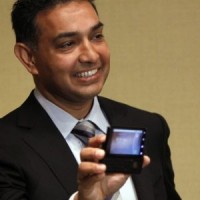 You might be aware of Motorola’s split, that’s coming in 2011 and will separate its cell phone division from the rest of the company. However, everything’s well, specially now that the company’s officials announced they’ll pump enough cash into the new segment.

Moto wants to buy back all of the debt it has and also to pump up to $4 billion in cash into the mobile company, as claimed by the Wall Street Journal. Investors will also be attracted and in case you’re wondering what’s happening, we remind you that Moto’s last years were very bad, with the company that invented the cellpone risking to go out of business.

The split will take place in Q1 2011 and don’t fret, as the brand has shown signs of recovery in the past months. Maybe it was due to the new mobile division CEO, Sanjay Jha, or maybe because of the success of the company’s Android phones…Droid was a massive hit, selling over 1 million units and we bet that Droid 2 and Droid X will also take off, so Motorola has an interesting future ahead.