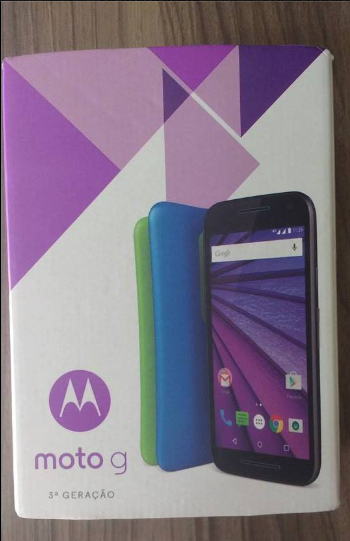 The other day we had a major leak, showing that the Motorola Moto G3 (Moto G 2015) would come with lesser than expected specs. Today we get to see its box for the first time, confirming some of its features.

The device is confirmed to have a 5 inch screen with a 720p resolution and Gorilla Glass protection. Dual micro SIM slots are also here, together with IPX7 waterproof rating and a quad core 1.4 GHz processor. There’s a picture on the packaging showing a pair of extra back covers, a blue and green one, which confirm the swappable backs. 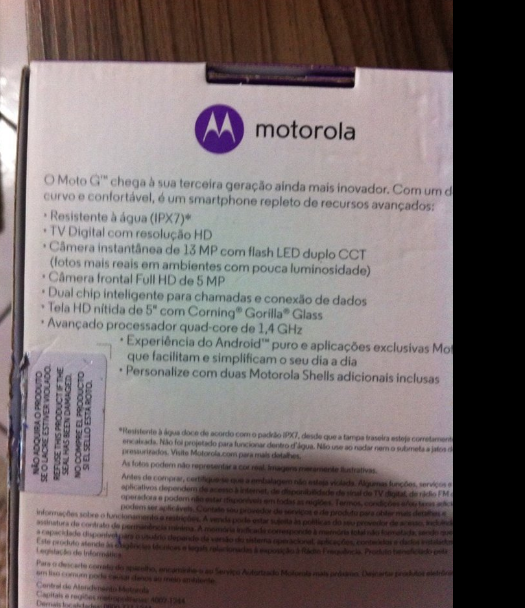 The same packaging lists a 13 megapixel camera at the back and a 5 MP one at the front. 4G LTE connectivity is present here too, together with 16 GB of storage and a 2470 mAh battery. We could see two models of the new Moto G being unveiled the next week, apparently. One may come with 8 GB of storage and 1 GB RAM, while the other has 2 GB of RAM and 16 GB of storage.

Both these models were actually spotted recently on the Zauba website. 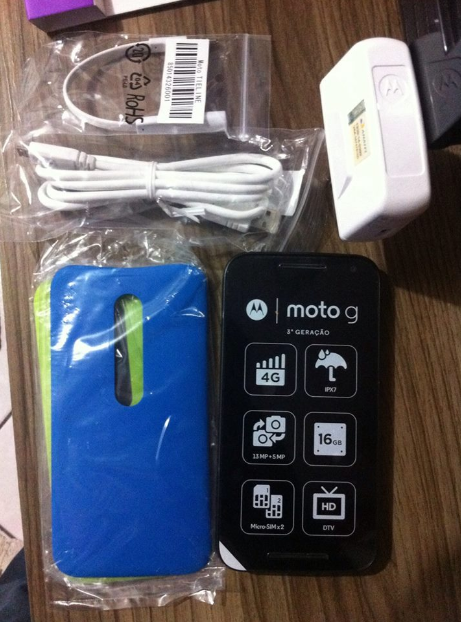