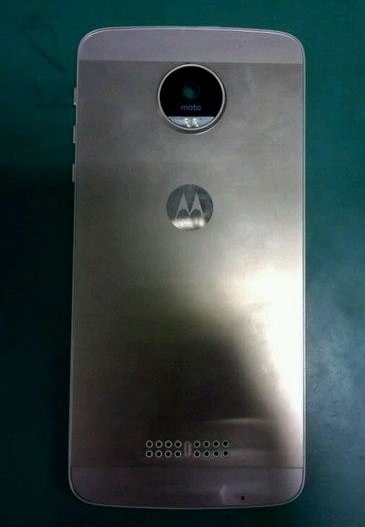 Motorola is one of those producer that brings some amazing phones on the market, devices that impress either by their price tag (like the Moto E), or by their specs. Moto X Force is a good example to take in consideration, phone that packs a great shock-proof display. Next year, Motorola will also launch the 4th Gen of Moto X smartphone, device that shows up today in a first leaked picture.

As you can see, this device arrives in a uni-body metallic casing. We have the Motorola logo on the back, followed by a speaker grille at the bottom, and by a circular big camera sensor + dual tone flash. This camera module looks a lot like the Moto 360 smartwatch display by comparison, in this case the black bar at the bottom being the place where the LED stands.

On the right side of the phone we have the volume rockers and the power/unlock button. Another thing revealed by this picture, is that the rear cover is now flat and not curved as the one we had on Motorola devices in the past few years. It’s possible that the phone pictured above, to be just an early prototype.