Motorola has just managed to leak a triplet of Android devices, among which there’s also a tablet with a very familiar name, Sholes. Last we heard, this device was an Android phone, coming to an US carrier soon, but now it turns out that it’ll turn into a tablet and reach the market in 2010, or at the end of 2009. 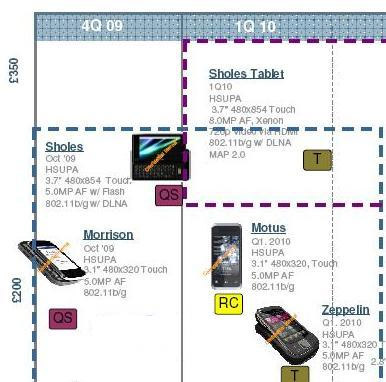 Keep in mind that this is only a rumour, so there’s no need to get excited just yet. The Moto Sholes tablet will seemingly support HSUPA  connectivity, pack a 3.7 inch touchscreen display with a 480 x 854 pixels resolution, an 8 megapixel camera with autofocus, Xenon flash and 720p video recording. WiFi 802.11 b/g/w DLNA should also be on board.

Turns out that the main difference between Sholes, the phone and the tablet with the same name will be the better camera and video recording. The other two Android phones, Motus and Zeppelin have identical specs: HSUPA support, WiFi 802.11 b/g, a 3.1 inch touchscreen with a 480 x 320 resolution and a 5 megapixel camera with autofocus.