After seeing an unboxing experience of the Motorola ZN5 handset, it’s time to punish it through some resistance tests, or so thought the folks of Smape. They mistreated the device in any way possible, but it still wouldn’t break… 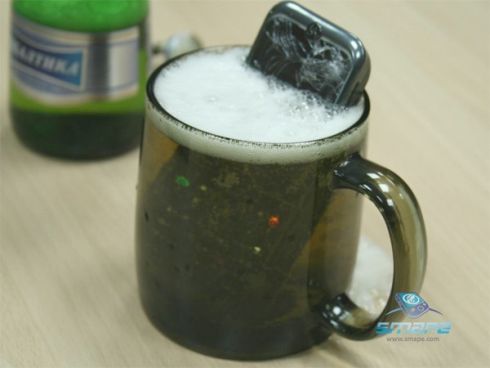 They call this a “survival guide”, as they’ve taken the fresh Motorola device and put in a freezer, shook it (like a Polaroid picture) in a 500 RPM dryer , sandblasted it and then crushed it with the aid of an SUV. In the end, the ZN5 got a beer as a reward, but it was dipped in it, in order to test its swimming skills.

The handset seems to have survived fairly well, although with serious injury. Remember, don’t do this to your phone, as fun as it may seem!