Yesterday we found out that Nokia and Intel cooperated on making a brand new platform, that combines Maemo and Moblin into a single software. Today we learn that there’s a first handset to run this OS, LG GW990, apparently coming out in Korea in 2H 2010. 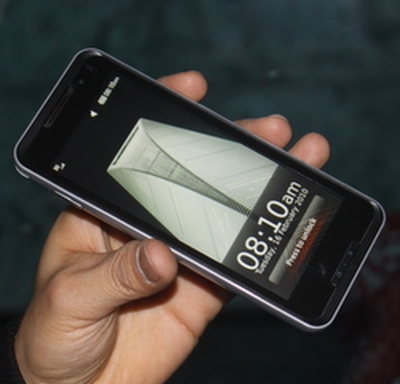 The info comes from MWC 2010 and as far as we know, LG GW990 runs Moblin right now and the device is based on Intel’s Moorestown platform. It’ll move on to MeeGo, later on and we wonder if Nokia will do the same with its Maemo devices, like the N900.

Too bad that LG has no plans to release the GW990 in the US just yet, but we’re guessing that this is not the only device to ever run MeeGo, so let’s be patient about this.