With Nokia World 2011 only one week away, leaks are in abundance and they include a newcomer, the Nokia 710 model. Supposedly running Windows Phone Mango, this device may be a Sea Ray relative, or maybe that Nokia Sun I’ve been hearing so much about. 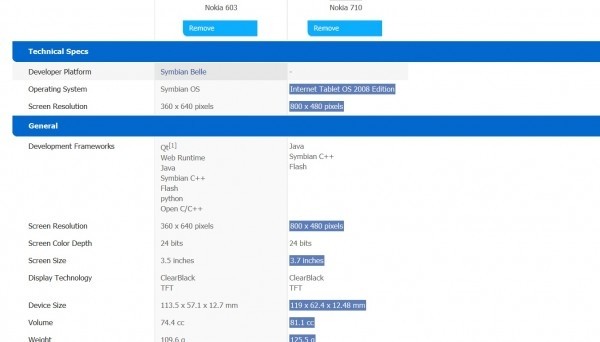 This is a 3.7 inch smartphone with a 800 x 480 pixel resolution, 1.4 GHz processor and 8 GB of internal memory. There’s also a micro SIM slot on board, as well as a 5MP camera with 720p HD video capture. Strangely enough this model is listed as running on Internet Tablet OS 2008 edition, but Windows Phone is more likely.

With this model and a couple of others leaked over the past weeks, the total is around 3-4 new units with WP7 to debut at Nokia World 2011. Which one do you like most?  And will any of them be able to compete with the Nexus Prime?