We may be close to MWC 2012, but some people are still looking back at the tech events from last year and drawing conclusions from them. One of those is the Nokia World 2011 conference that took place last fall. What you see below is a slide from the event showing current and future form factors that Nokia will adopt. As you can see, there’s also a tablet in there. 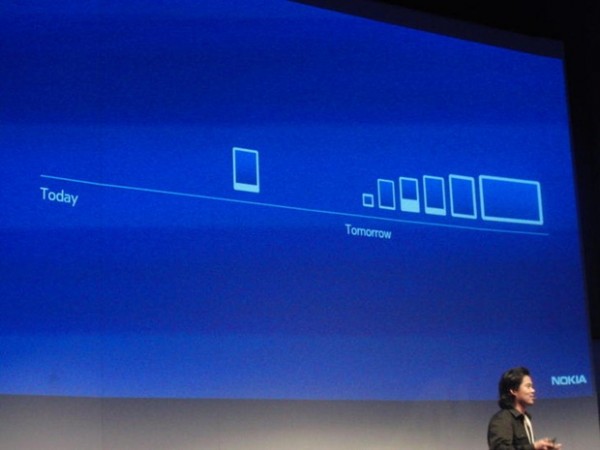 In the “today” section we see the current Windows Phone layout with both capacitive buttons and the screens. And next there’s a square-ish unit, that may be a companion watch just like the one made by Sony Ericsson and Motorola, followed by a tinier full touch handset to the right. Next there’s a touch and type unit, in equal measure a QWERTY device and a touchscreen-based one, followed by the current unit and then a large display full touch handset.

In the end we find a full touch tablet, that might just be that Windows 8 Nokia Tab that everyone is talking about. The touch & type unit included here makes sense, since Windows Phone Apollo is rumored to bring lower resolutions and keyboard & display combos, with the result being BlackBerry-like phones. It could also mean the resurrection of Nokia’s E Series, this time with Windows Phone on board. 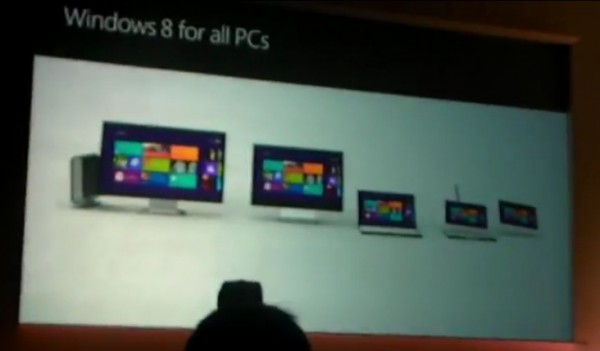