Nokia is planning to release a true PureView Windows Phone model, according to insiders speaking to The Verge. The upcoming high end handset is dubbed EOS, but that’s only a codename for now. The plans include a sensor just like the one on the Nokia 808 PureView, but this time on a Windows Phone 8 smartphone. 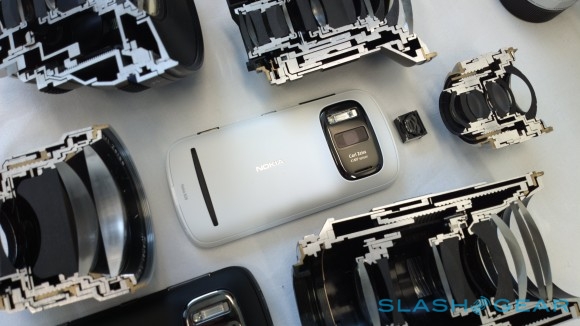 The EOS will be a high end Lumia with an aluminum case, ditching the usual polycarbonate that Nokia used so much over the past years. This is part of an entire new range made by the Finnish company, one that also includes a Nokia Lumia 920 replacement codenamed Catwalk. AT&T will offer EOS later this year, according to sources. Nokia is rumored to adopt a new design direction, that involves aluminum bodies and squared edges, among others.

The Nokia Catwalk also has an aluminum body and there’s also a midrange handset in the making, ready to debut this summer. Finally, the list of rumors ends with a Windows RT tablet, that will debut in early 2013, if everything goes well. I’m curios to see what kind of processor the Nokia EOS 41 megapixel cameraphone with WP 8 will adopt… quad core maybe?