Nokia Lumia 710 has just started shipping, following the success of the Lumia 800 model, that got huge sales, especially in France and UK. Announced at Nokia World 2011 in October, both handsets are the pioneer WP7 units from Nokia and they’re a stepping stone in the history of the company. 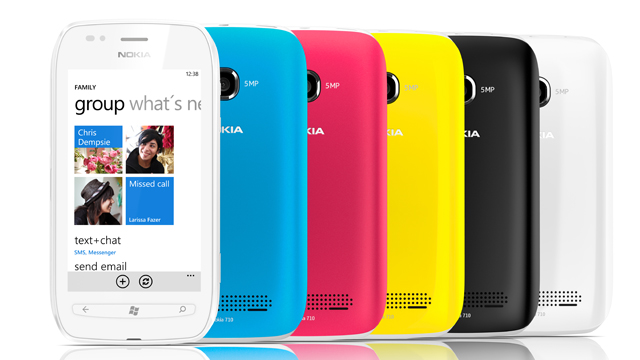 Sporting a Nokia C7-like design, the Lumia 710 is a lower end model compared to the Lumia 800, but it still has decent specs. These include a 1.4GHz Qualcomm single core CPU, Windows Phone 7.5, a 5MP camera, 3.7 inch WVGA TFT ClearBlack display with 800 x 480 resolution and support for 720p 30 fps capture in the camera section.

The device is priced at 270 euros, without taxes and subsidies. As you may already know, the Lumia phones come with Nokia Music, Nokia Drive and Nokia Maps, available for free on these devices. The Lumia 710 can be personalized with many colors, like a black and white front finish and the user’s choice of five interchangeable back covers, available for separate purchase.