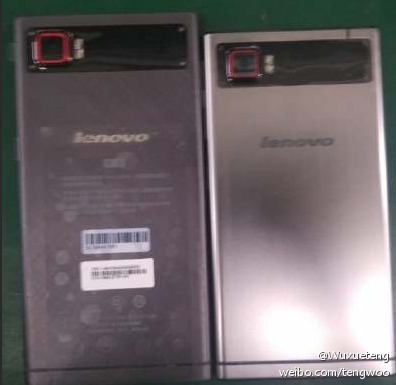 A few moments ago, through the @tengwoo user from the Chinese social website called Weibo, we had the opportunity to see a hands-on photo with two Lenovo phones put next to each other. While one of them is the K920 Vibe Z2 Pro, a phablet that will be officially launched on August 5, the other one looks like its mini version.

Is expected that this one to arrive with a 5.5-inch display, a panel with 0.5-inch less than the 6-inch display found on the Vibe Z2 Pro. As you can see, we get the same full metallic body as the bigger model. Regarding the specs, this Vibe Z2 Pro Mini could pack a Qualcomm Snapdragon 801 quad-core processor, 2 GB of RAM and 16 GB of storage.

There’s also a 13-megapixel rear camera with dual-LED flash and a 5-megapixel front facing camera. Unfortunately, unlike the 6-inch version, the 5.5-inch model will have just a 1080p display and not a Quad HD one. We also get to know the fact that Vibe Z2 Pro Mini could arrive on the market at a $323 price tag.