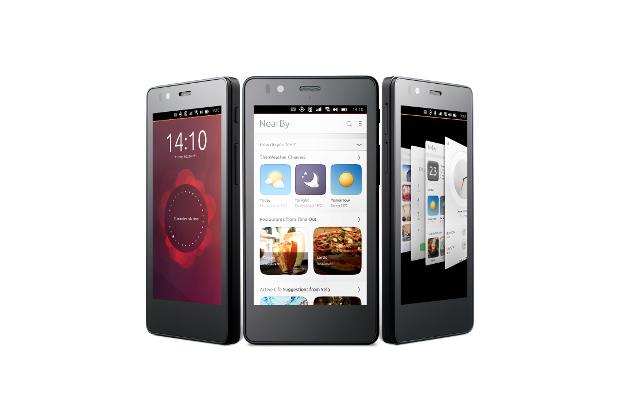 Chalk this up to the strangest partnership ever, but Ubuntu has decided to released the first smartphone in tandem with a Spanish e-reader and tablet maker called BQ. The newcomer’s name is Aquaris E4.5 Ubuntu Edition and it will be very hard to find when it launches next week.

The product will be sold online during a series of flash sales, before wider availability. Is anyone reminded of the OnePlus One, like I am? Ubuntu will rely on flash sales and social networking announcements to create buzz around the product and encourage early adopters. The initial sales only apply for Europe and will start next Monday.

Canonical, the brand behind Ubuntu wants to avoid pushing too many units onto the market, only to fail, so that’s why they’re going with a limited number of units. With iOS and Android having a huge market share right now, it’s very hard to carve a spot, especially with Windows 10 coming and Firefox and Tizen wanting to matter in the long run.

The handset’s selling point is its Scopes. These are full screen menus, that show content on the phone and on services that you use. Basically, a music scope would show music on the phone and also in SoundCloud, plus in GrooveShark. Facebook, Twitter, Cut the Rope, eBay and the likes will be preinstalled on the device, plus Dropbox and more. Over 1000 Scopes and apps are promised initially. Aquaris will run Ubuntu Touch and Ubuntu 15.04. Are you getting one? The price is 170 euros.

The handset comes with 8 GB of storage, a quad core MediaTek CPU, a 5 MP front camera, 8 MP back shooter and 1 GB of RAM, plus a 4.5 inch display.