Remember “The Million Dollar Homepage”? This was the site that sold 1000 x 1000 pixels for cash, in order to promote various brands and now this idea has spawned a similar initiative, one focused on Windows Phone 7 apps. Dubbed The Windows Phone Apps Wall, this site sells tiny squares that will promote Windows Phone applications. 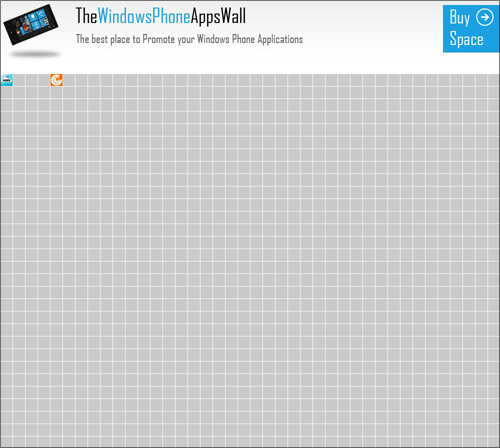 There are already 2 apps promoted within the site and we’re waiting for more as WP7 handsets launch all over the world in the following month. This original advertising method is one of the many PR stunts that will try to help the new MS platform reach the popularity of Android and iOS.

How does a developer or company get his app up there? They simply acquire a tiny space or maybe there’s an auctioning system, like on The Million Dollar Homepage. More info can be found on the Windows Phone Apps Wall.