It seems that there’s a new trend out there, among major handset makers: creating a Facebook phone or at least a handset that integrates a Facebook button or deep software integration with the service. Strangely enough, Motorola took the same path, although they’ve been bought by Google, who wouldn’t love that Facebook got a phone before Google+ did. 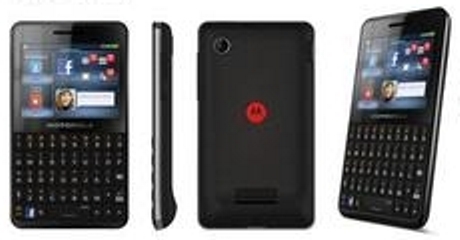 INQ, HTC and Vodafone are previous companies making Facebook phones and now there’s this Motorola newcomer, the EX225. The image here was found on Bluetooth SIG and shows that the handset comes with a dedicated Facebook button, deep integration of the social network in the interface and a full QWERTY physical keyboard.

There’s also a 2.4 inch landscape available and it seems that this model doesn’t run Android, as shown by the lack of Android buttons. Maybe this unit is based on Brew OS, like some other recent Moto models. There’s also another version of the EX225 called the EX226, that will offer dual SIM support and lack a Facebook button.