Lately ZTE has made us cover a lot of their plans due to its very active participation on the Android devices market. Barely did we talk about the newest device in the Grand series for China and the manufacturer has a new announcement to make concerning another handset. 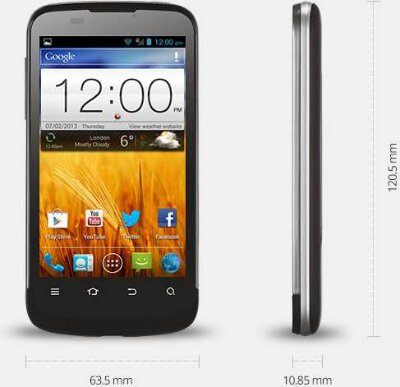 While ZTE’s first Blade handset was nothing more then a cheap device, the manufacturer has changed its perspective since then and with their second device they managed to do better. The ZTE Blade III has now been announced as heading for Virgin Mobile in the UK and it supports a fairly decent hardware configuration. The Blade line-up has been mainly designed so that the devices could be offered on contract at some highly affordable prices so the third handset in the line-up will be no exception.

In terms of looks the ZTE Blade III bares strong resemblance to the older models in the Blade series. The device is powered by a single-core 1GHz Qualcomm MSM 7227 chip with 512 MB of RAM. The screen is 4-inches in size and offers the WVGA resolution of 800 x 480 pixels while offering only 64k colors. The device offers 4 GB of internal memory, a micro SD card slot and a 5 MP rear auto-focus camera. Connectivity wise there is WiFi b/g/n, Bluetooth, GPS and FM Radio on board. Virgin Mobile will be offering the device running Android 4.0, on PAYG contracts from £79.99.