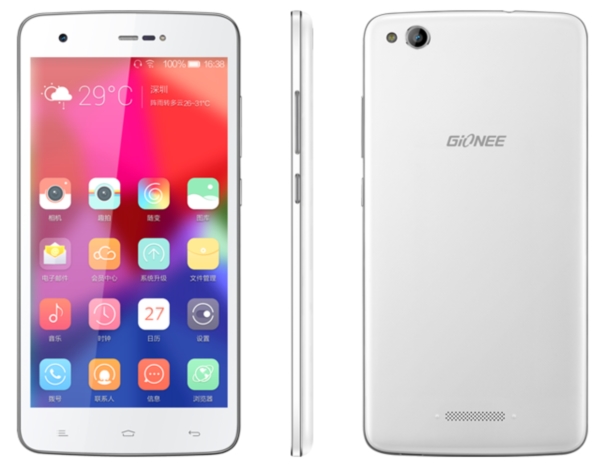 After yesterday, when Gionee officially announced the GN715 4G LTE smartphone, today we get to know the fact that the device in case was launched on the Chinese market for a $277 price tag. As we already know, this smartphone comes with mid-range specs and is also packing the 4G LTE technology.

On the connectivity side we have 4G LTE technology, two SIM slots, WiFi, Bluetooth, GPS, a microUSB 2.0 port and a 3.5 mm audio jack. Gionee GN715 runs Android 4.4 KitKat and is available for the moment only in China, with the possibility that the Indian market to get it too sometime soon.