The extremely lucky folks of PocketLint got some quality time with the impressive LG Panther smartphone, one of the few and first to run Windows Phone 7. The result were the pictures below and the detailed analysis of the smartphone from the following lines. 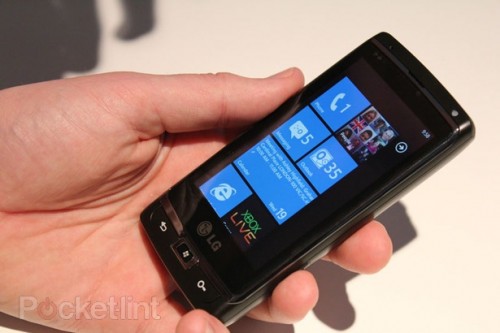 Unveiled back in February, LG Panther was shown as a prototype to the eager reviewers, who claim that it works smoothly. Also, the WP7 phone integrates Facebook seamlessly, automatically showing the phonebook contacts’ status updates when you access them via the address book. Statuses will appear next to their names, numbers and addresses. 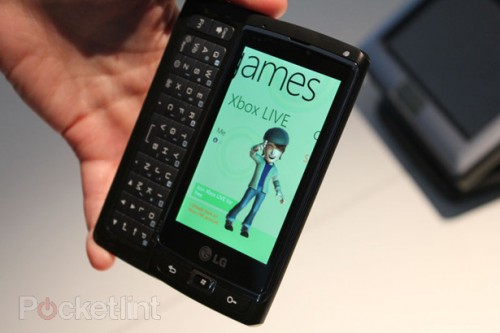 What’s impressive on Panther’s software is the ability to recognize street addresses and offer one-click access to maps detailing the locations you need to find, obviously via Bing. Zune also works great and we found out that the Zune Store will be available in the UK in time for the device’s launch. The same multimedia player is able to do one great thing that its rivals can’t: it finds the album art for you, even if you’re listening to a random MP3.

Xbox Live downloads of arcade games are available too, on the smartphone and the reviewers fell in love with the intuitive touchscreen and the sliding keyboard of the new LG handset. Full hands-on experience is detailed here. 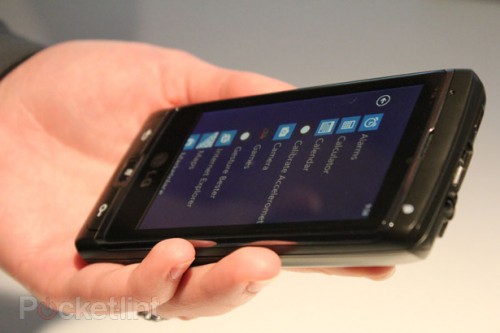